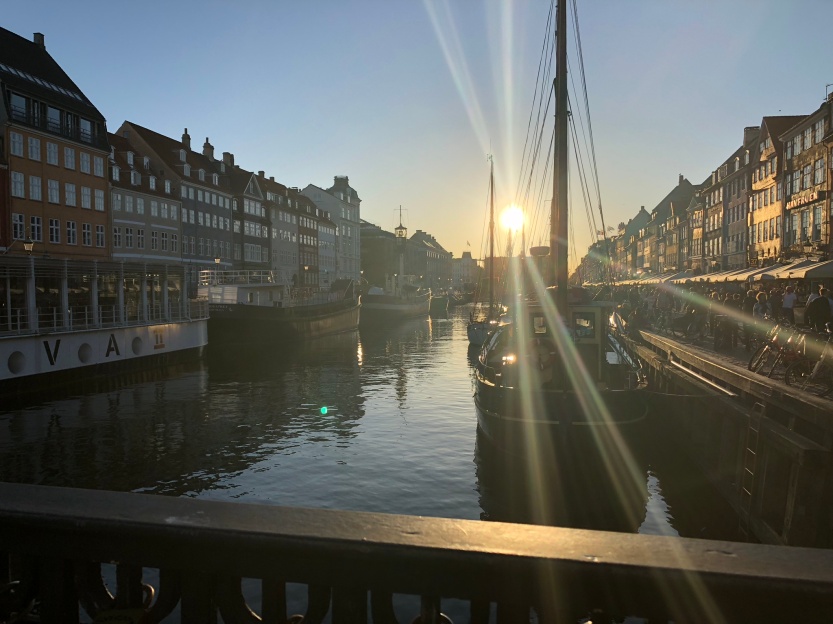 Alas, I have been unable to blog much in the past several weeks.  I haven’t posted since March, which is incredibly sad and disappointing on my end.  My sophomore year of college ended the first week in May and I then jumped on a plane to continue my world literature, theater, and film class.  So, it has been a busy time with projects, exams, final papers, and a two week trip to Denmark, Sweden, and Norway.

A few people asked me if I would have time to blog on my trip, and although I have been incredibly busy exploring Scandinavia, I did carve out time while on a train from Copenhagen to Stockholm.  Crazy!  I still find it hard to believe sometimes that I’m here.  I am six hours ahead of the east coast back home, but that hasn’t stopped me from posting cool pictures and communicating with loved ones.

We arrived in Copenhagen on Monday (May 7) and have been here all week until Friday morning (May 11).  Our next adventure is in Stockholm, Sweden, and I would like to share some of my adventures with all of you thus far.  I know this isn’t my typical blog post so I hope none will object!

On Monday we took a walking tour of Copenhagen with an actor playing Hans Christian Anderson, the famous Danish fairy tale writer.  What a cute, quaint, breathtaking city!  We were able to see a gorgeous church, the glorious canal, and many other exciting landmarks along the way.  One of the neat things about Denmark is that most people travel on bicycles. With the high sales tax that provides for free healthcare, free education, and paid maternity/ paternity leave, it is very expensive to own a car so most people will either bike or pay for public transportation.  It is extremely easy to navigate the city and our hotel sat right in the heart of Nyhavn.  The following picture is the view I saw every morning!

Tuesday morning was spent with a lecture on Danish film at DIS, the study abroad school of Scandinavia.  Part of our class included famous films in Scandi, such as Babette’s Feast and Melancholia.  We discussed the Dogma 95 rules and how Danish films are mostly artistic versus the action packed movies we see in America. After a lovely lunch at the food market, where I consumed fish n chips and the best peach ice cream I have ever had, we hopped on a boat to tour the canal.  If you have ever been to Greece, you know how the water is a light blue color, but the water in Scandi is a deep blue- green hue and it is mesmerizing!  The canal tour was splendid.  That night  we traveled to a small theater to see The Art of Falling which was about two American women having reached a low point in their lives.

The weather has been an anomaly for Denmark, and we have been blessed with warm temperatures.  Some of us (including me) had to make a quick trip to buy lighter clothes so we weren’t burning up under the sun.

Day three of Denmark, we traveled to the Karen Blixen museum and home.  We read her story “Sorrow-Acre” and watched Babette’s Feast in class, which was a film based on another short story of Blixen’s.  The film, Out of Africa, starring Meryl Streep and Robert Redford is about Karen Blixen and her time spent in Africa.  We learned more about Blixen’s life through her home and her letters.  The gardens, woods, and backyard were truly enchanting to walk through as well.  We stopped for lunch before traveling to Kronborg Castle, the home of Hamlet.  Shakespeare had never seen the castle with his own eyes, but used it as the setting for his play.  Our tour guide performed as Horatio and retold the story of Hamlet while showing us around the castle.  We had a great time with Horatio and explored the grounds even further after the tour was over!

Yesterday, May 10th, with a total of almost 12 miles walked in one day, was spent touring the Royal Danish Theater, walking through the cemetery where Hans Christian Anderson and  Soren Kierkegaard are buried, and ending the night at Tivoli, the amusement park that inspired Walt Disney to build his parks.

The theater has the biggest backstage area I have ever seen in my life.  It is funded 2/3 by the state and sits right on the canal. The seats even have double arm rests for comfort…why don’t we have that in America?!  A truly magnificent building, and I would have loved to see a play there one day but it would help if I spoke Danish. Funny enough, I keep getting mistaken for a Dane which I take as a compliment. Not looking like a tourist is always my goal when traveling.

The cemetery tour was very interesting and quite picturesque.  People will often read books or lounge beside the grave plots since it is such a nice area surrounded by flowers and shade.  The lounging and picnicking in the cemetery is controversial in Denmark but we witnessed many people still there during our tour.  Soren Kierkegaard is another author/ philosopher we read during class.

We were truly excited to end our last night in Copenhagen at Tivoli.  It is not as commercialized and big as Disney, and yet just as magical if not more so.  It was enchanting, cozy, and simply beautiful.  Tulips and creative fountains surrounded the park.  In addition to the scenery and enchantment, the rides were pretty great too.  I believe I may be among one of the few to say that I have been on a roller coaster with my professor as well.  The rides were enjoyable and fun, but we loved walking around, taking in the atmosphere just as much.  I could not have imagined a more perfect way to close out our time in Copenhagen.  We do have one more night in Denmark planned, but it is only to sleep and catch an early flight home on May 20th.

The reason I took this trip exceeds the need for a global studies general education requirement and credit for my major.  Since my first trip out of the country, I have fallen in love with traveling.  In order to be a great writer, I wanted to travel the world and experience many different things and explore other cultures. Denmark is my ninth country and Sweden and Norway will put my count at 11. Hans Christian Anderson once said, “to travel is to live,” and I am certainly living it up in Scandinavia with great friends and fellow literature nerds.

Hopefully I will be able to blog once more before coming back to the States, so until then my friends…